Technology is growing everyday, and it is also changing it’s forms, sizes. From an entire room, now the computer has reached our eyelids. Today’s countdown is for one such piece of tech – The Smartwatch. Tech by changing it’s position from our desks to our pockets has now mounted up on our wrists. When the smartphones got released into the market they gave the notifications which we checked on our PCs, now this work of the smartphones is being replaced by these smartwatches, where some smartwatches are capable of doing more than just looking at notifications.

Today, TechMuzz is bringing to you the 3 best smartwatches of 2014. And the countdown starts now….

It’s the best piece of gear that has come out of the Samsung factory of gears till yet. The Gear S has a stunning 2 inch Curved Super AMOLED capacitive touchscreen and that too with multitouch. It runs on a Tizen based wearable platform with a dual core processor and 512MB RAM.

It’s huge size (compared to others) makes it capable of even texting on it along with the typical do’s of a smartwatch. It neither has a memory card slot nor a camera like that of it’s siblings have in them. This curved beauty comes with a 300mAh non removable battery which gives it a fair standby time. All this stuff brings it to the number 3.

“Is that just a timepiece?”, this is the first question that arises in the minds of the people when they get the first look at it. LG has managed to change the shape of its wearable devices to circular when comparing to the Samsung Gear S. Also, it has made the screen curved, changing the viewing experience.

This beauty is little smaller with respect to the size of it’s display (1.3″) but covered this matter with a greater battery capacity(410 mAh) than it’s peer at number 3 in this list and has a better processor (Qualcomm Snaodragon 400) with a 1.2Ghz quad core processor. Wait..Isn’t that faster than your smartphone? 😉 It comes with a changeable belt (which is obviously required if you are gonna wear the watch for a long run on a daily basis). It runs on the Android Wear which is an android version for smartwatches. It is also water-resistant for 30 Minutes in 1 meter deep water (+1 for this feature).

King remains the King not only in this list but also in many more. Moto 360 has a 1.5″ of LCD IPS display. I has a battery of 320mAh that can also be charged by your wireless nexus charger. It has 512MB RAM. Basically there are 2 variants in it: metal and leather. It comes with the Android wear and a 4GB of internal storage which is quite good. The outer circular edging makes the screen look circular which it actually is not, as you can see a horizontal bar at the bottom of the screen which actually breaks the feeling of 360 (a circle)in it. 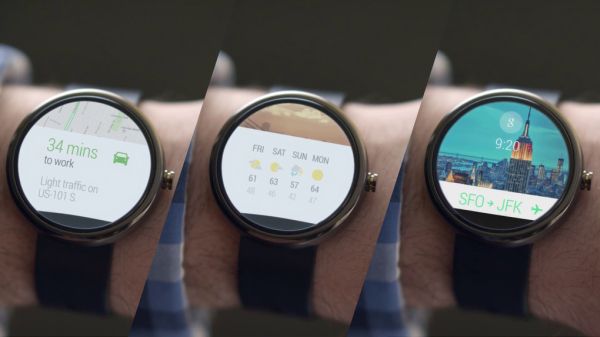 Moto 360 display timely notifications based on where you are and what you are doing so you stay on track. Also, the voice control makes things easy to be done. It feels light weight in hand with a splendid leather feeling in hand(many more variants are available recently). The main  and only drawback of this device is said to be it’s battery life. The battery life of any device depends on it’s usage of course, so it’s not that bad. It also has a dual microphone setup which is actually good at giving commands. 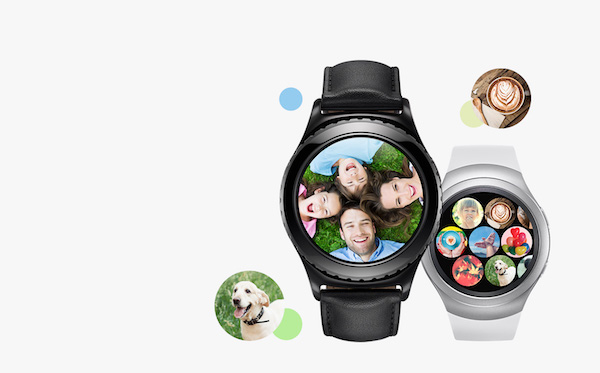